Airflow is the movement of air. Airflow in HVAC describes the air flowing through a heating and air conditioning system.

Airflow is a combination of the volume and motion of air with respect to any stationary object.

How Is Airflow Measured?

Example: A fan moving 10 cubic feet of air past an object in 1 minute has an airflow of 10 CFM.

What Is Airflow Efficiency?

Airflow efficiency is affected by component resistance. Airflow restriction is caused by the following:

The efficiency of airflow is measured by the wattage used by the fan motor with zero restriction, or resistance, subtracted from the system’s actual resistance.

Example: If a fan runs with zero resistance at 100 watts. Once installed in the system, it runs at 115 watts due to component resistance. Therefore, once installed, the fan runs at 85% efficiency. The additional 15 watts is spent on work done.

Good airflow efficiency is considered to be between 75% to 85%.

How to Check Airflow?

Airflow is measured with a handheld device called an air flow meter. This is a small device with a fan that is propelled by the airflow. The speed of the fan is calculated in the device to measure the exact airflow, measured in CFM.

To measure airflow in a house, a whole-house airflow can be measured at the supply plenum, the return plenum, or by calculating the sum of all supply vents, measured in CFM.

What Are the Symptoms of Low Airflow?

Symptoms of low airflow include selections on the thermostat not being reached.

How to Increase Airflow?

Ductwork components and conditions that impact airflow need to be addressed to reduce resistance. Below are recommendations to increase airflow within your house:

How to Increase Airflow to One Room?

Which Way is Airflow?

In an HVAC system containing components such as central air and furnace, airflow is always in the same direction. Air handlers are available in upflow, downflow, and sideflow; all directions are available.

How to Control Airflow?

How Is Airflow Impacted by MERV rating?

How Is Airflow Impacted by Ducts?

There are generally three types of ducts: metal, flexible, or ductboard constructed on-site.

Metal ducts are round tubes varying in diameter based on the CFM required for the target room.

Flex ducts are plastic-nylon tubes with a wire-coil rib or spiral rib throughout, commonly running from the main metal trunk line duct to the air register.

The diameter of any round duct must be large enough to prevent restricting airflow for the target room.

Ductboards, or site-constructed ducting, are square and rigid. These are built on-site when splitter boxes, plenums, or any self-supporting application is needed. Ductboard ducting causes airflow resistance at direction changes, mainly because of their square shapes. Without a smooth turn in direction, ductboards create airflow friction.

How Is Airflow Impacted by Plenums?

The plenum is the first main ducting component coming from the air handler. The plenum is constructed on-site out of ductboard. All ducts in the structure are connected to the plenum, receiving supply airflow. Plenums must be sized correctly to pass the entire sum of all ductwork, measured in CFM. In commercial multi-housing, codes usually require a fire damper in the plenum to auto-close in fire conditions.

How Is Airflow Impacted by Fans?

Ceiling fans can disrupt airflow from the supply to the return in a room but make up for it by pushing the warm air down, conversely bringing the cool air up, making a good mix in the room.

Bathroom vent exhaust fans, when exhausting to the outside, will draw conditioned air from the adjoining room or hallway. Usually, this small amount of airflow is made up through the fresh air intake in the return air system. Without accommodating a make-up airflow method, this condition can function inefficiently by creating negative pressure in the room.

What Is Fresh Air Intake?

ASHRAE 62.1-2013 requires a fresh air intake in the HVAC system. Mechanically, this fresh air is drawn into the air handler through the return air system. It has an electrically operated damper for airflow control. The air handler control system selects the damper position always to draw 30% of the air handler’s passing air to be fresh air, equating to 17 cubic feet per minute per person expected in the structure.

How Is Airflow Impacted by Vents? 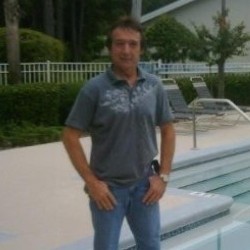